The initial data was collected from various sources and I found there was actually a 40% negative correlation with a state’s average temperature and their life expectancy. Removing a few of the outliers, there’s a clearer relationship as well. There is a decent amount of correlation present but I’m going to have to wait for Rebekah to work on her theory some more before I believe there’s any sort of causation between the two. We will need a way to strip some of the other variables present that have a known effect on life expectancy. 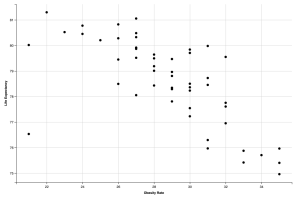 Moving on from the climate I turned to something that should be much more obvious, especially after reading  a few articles. I gathered the obesity rate of individual states and then compared that to the life expectancy of each state and found a glaring trend, states with higher obesity rates have shorter life expectancies. What’s even more surprising to me is just what percentage of America is not just overweight, but obese. It’s incredible that the US has such a high standard of living and it’s self proclaimed greatest health care system but roughly 1/3 of it’s population is obese.

There’s numerous studies that make a link between a persons income and obesity, so again we can back up these findings with our data from the state level. This isn’t exactly a perfect correlation as some of the states with around a 28% obesity level have widely varying incomes. But one thing that is clear, the most obese states have the lowest median income levels, and states that have high obesity rates have high median income levels.

Continuing with the correlation levels, it makes complete sense that states with lower median incomes will have a lower life expectancy, and in addition an even bigger impact on it’s Human Development index.

On my final thoughts, kids are often the products of their parents; on how much they make, or their likelihood to be obese. There are certain genetic and medical reasons that may cause a person to be obese, but the main cause is over consumption of food and lack of exercise. For reference, in 2012, 18% of kids aged 6-11 were obese, and 21% of 12-19 year olds were obese in the US. When it’s ultimately up to the parents how much and what their children eat, perhaps there should be restrictions or incentives for parents to raise healthy children, although I’m not sure why putting their children at a greatly increased risk of health problems isn’t enough incentive. 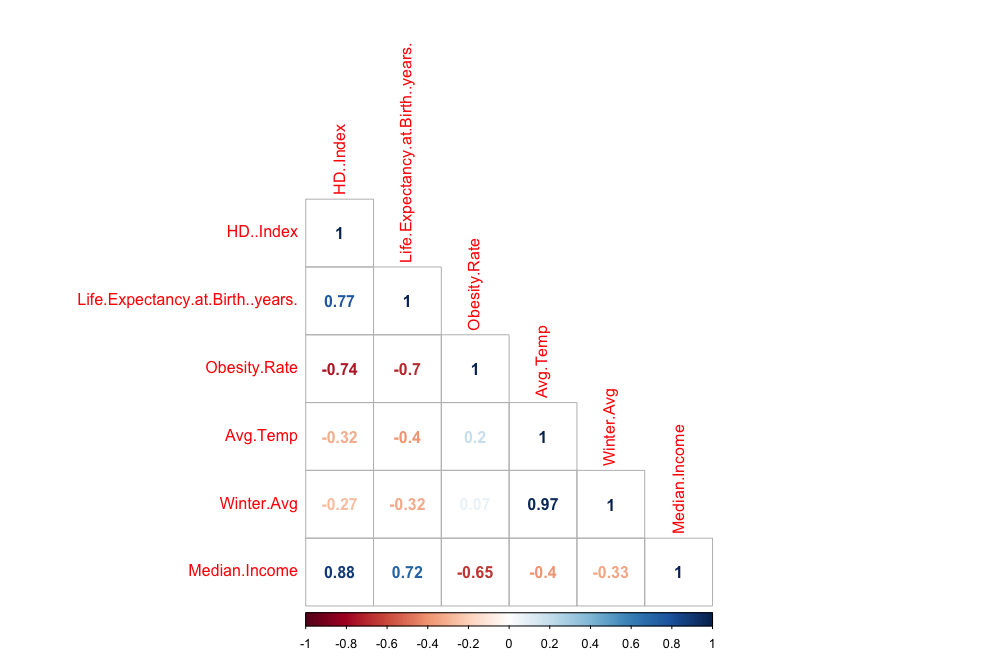 Obesity Data – The State of Obesity